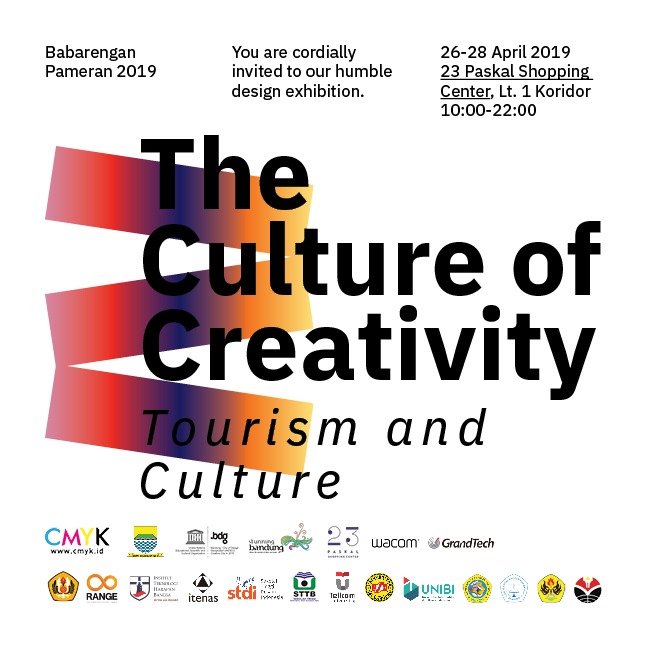 Sunday, 28/4/2019 – Babarengan Pameran (BaPer) is an annual event held by CMYK.ID. Within its vision and mission, this event is aimed to develop creative industry ecosystem existing in Bandung city. Along with this development, the event is expected to be able to share the contribution towards the creative industry growth both in scope of national and international.

In its second year, BaPer 2019 came by the theme of “The Culture of Creativity”, with the sub concern “Tourism and Culture”, set as a Design Exhibition. The exhibition showed 14 works made by 11 different teams of Visual Communication Design Department around Bandung. The participant were included UPI, UNIBI, ITENAS, UNPAS, STTB, Maranatha University, UBSI, ITHB, UNIKOM and STDI. The exhibition was focused on the creative idea development relating about the tourism aspects of Bandung. 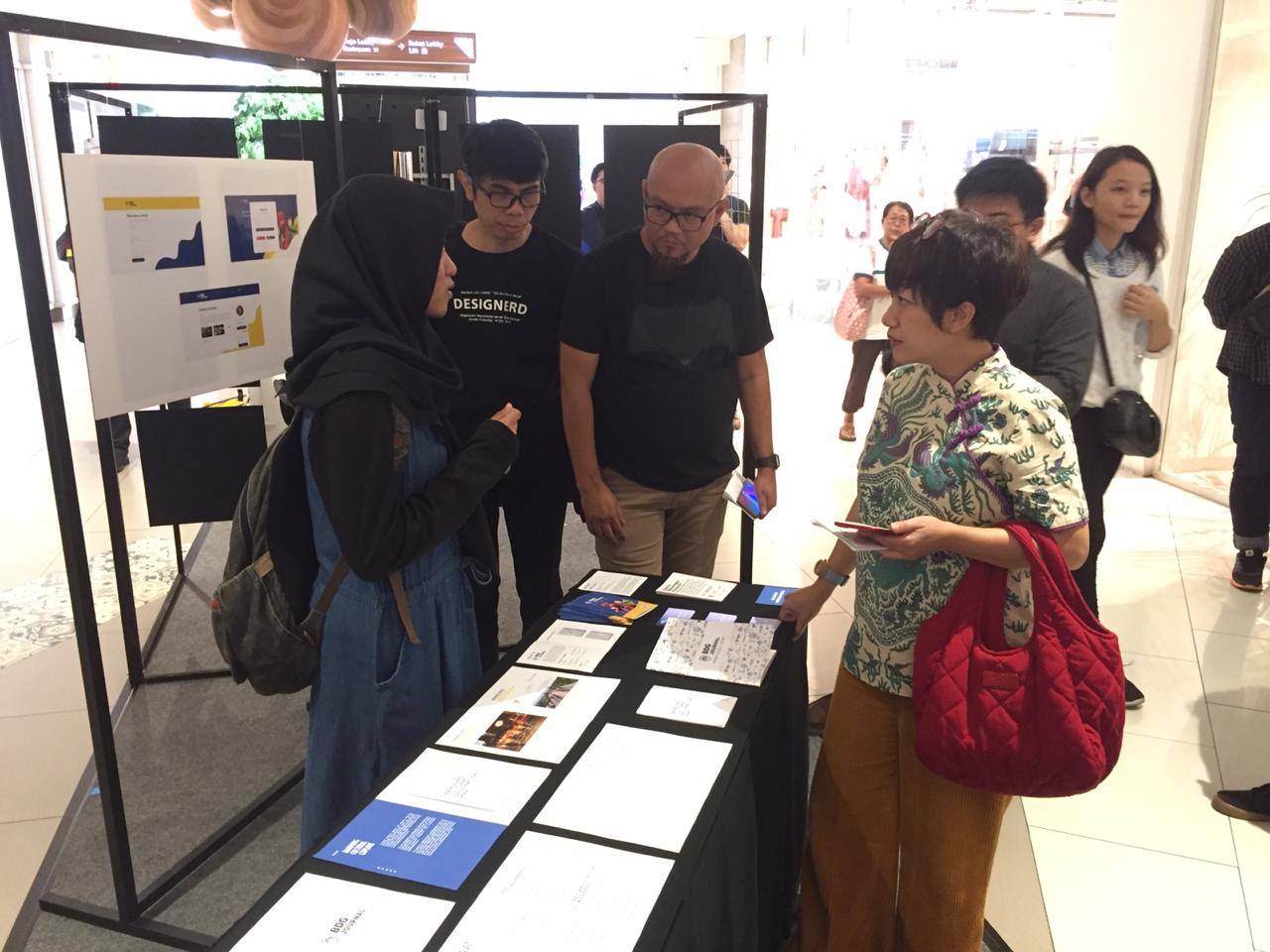 The event was held from April 26th to 28th, 2019 at 23 Paskal Shopping Center supported by Department of Tourism and Culture Bandung. The Chief of the department, Kenny Dewi Kaniasari, officially opened the exhibition. Kenny deeply appreciated the BaPer 2019 event and acknowledged that the national youth creativity, which is existing in Bandung particularly, deserve to get continual appreciation. She also stated her wish to take the displayed works to be shown in UCCN Conference (The UNESCO Creative City Network) in coming July. Kenny perceived that it is necessary to hold more the same event to encourage the youth’s creativities and interests in Bandung, which allows youth to make a concept structure of design progress as the support of tourism and creative industry.

At this BaPer 2019, Visual Communication Design Department (DKV FPSD UPI) participated R.M. Fikri Hendraputra, Nisa Alya Putri and Nurul Fauziyyah under supervising of their lecturer, Nala Nandana Undiana, M.A.  In this chance Fikri, Nisa and Nurul presented a project of inventorying cultural tourism location spreading around Bandung city. The lack of public information regarding cultural tourism spots around Bandung city has become their departure point to create project design that could aware public the importance of information distribution pattern for every cultural tourism spots in Bandung. 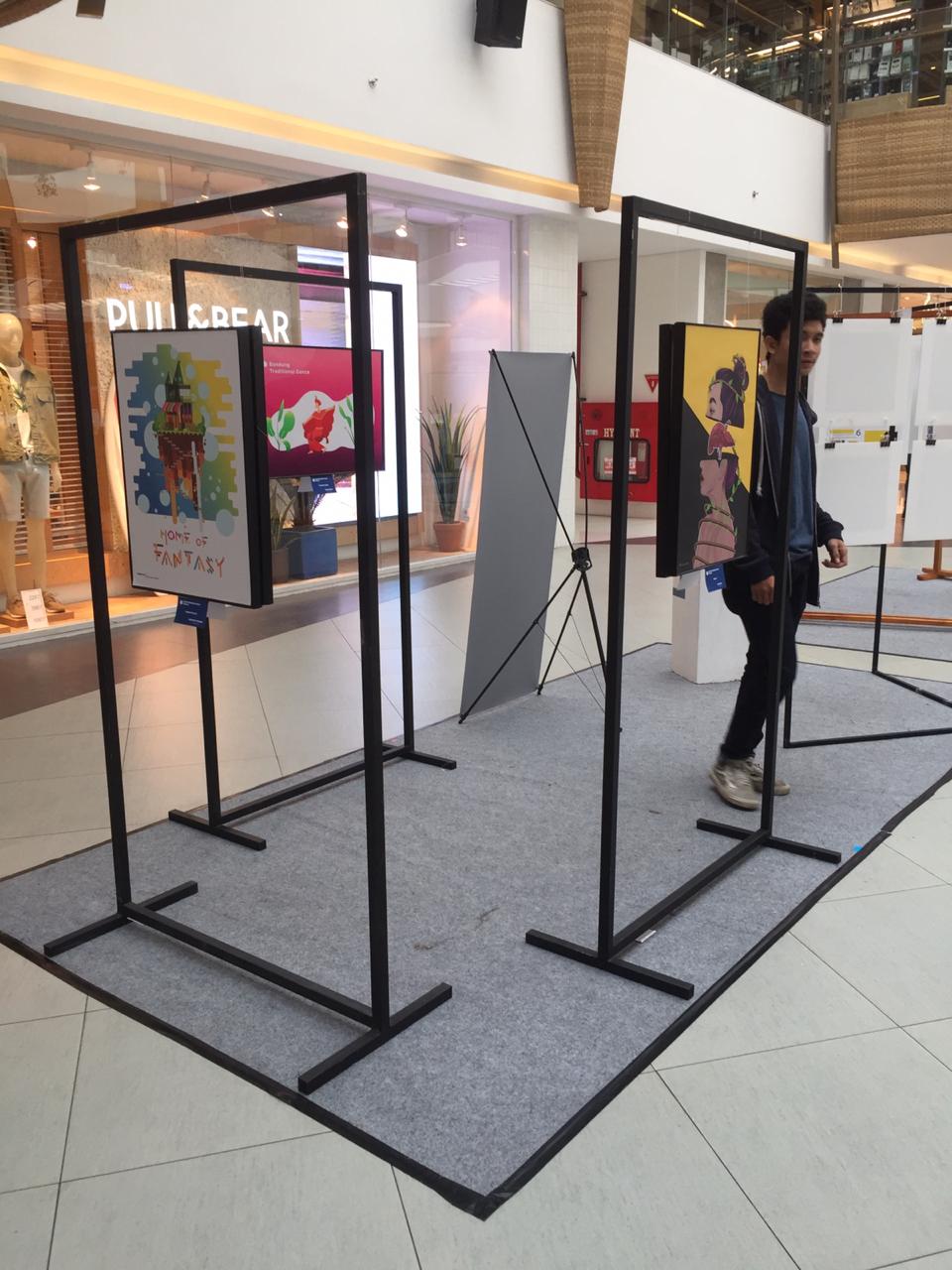 The project was titled as “BDG-Journal”. The journal applied collaboration pattern in each of its aspect. In the other words, if the journal project is approved, it will require corporation between the project organizer and the native of cultural spots. Fikri, Nisa and Nurul believed that collaborative thinking could be a way and a main capital to the development of creative city.

BDG-Journal is made in form of Journal Book that contains memorabilia value. Through its physical look, it is expected to be a souvenir to everyone who may own it latter. The journal content is including: Location map of cultural tourisms around Bandung city; Public transport to get access; Important number to dial; and Blank notes as the owner notes. 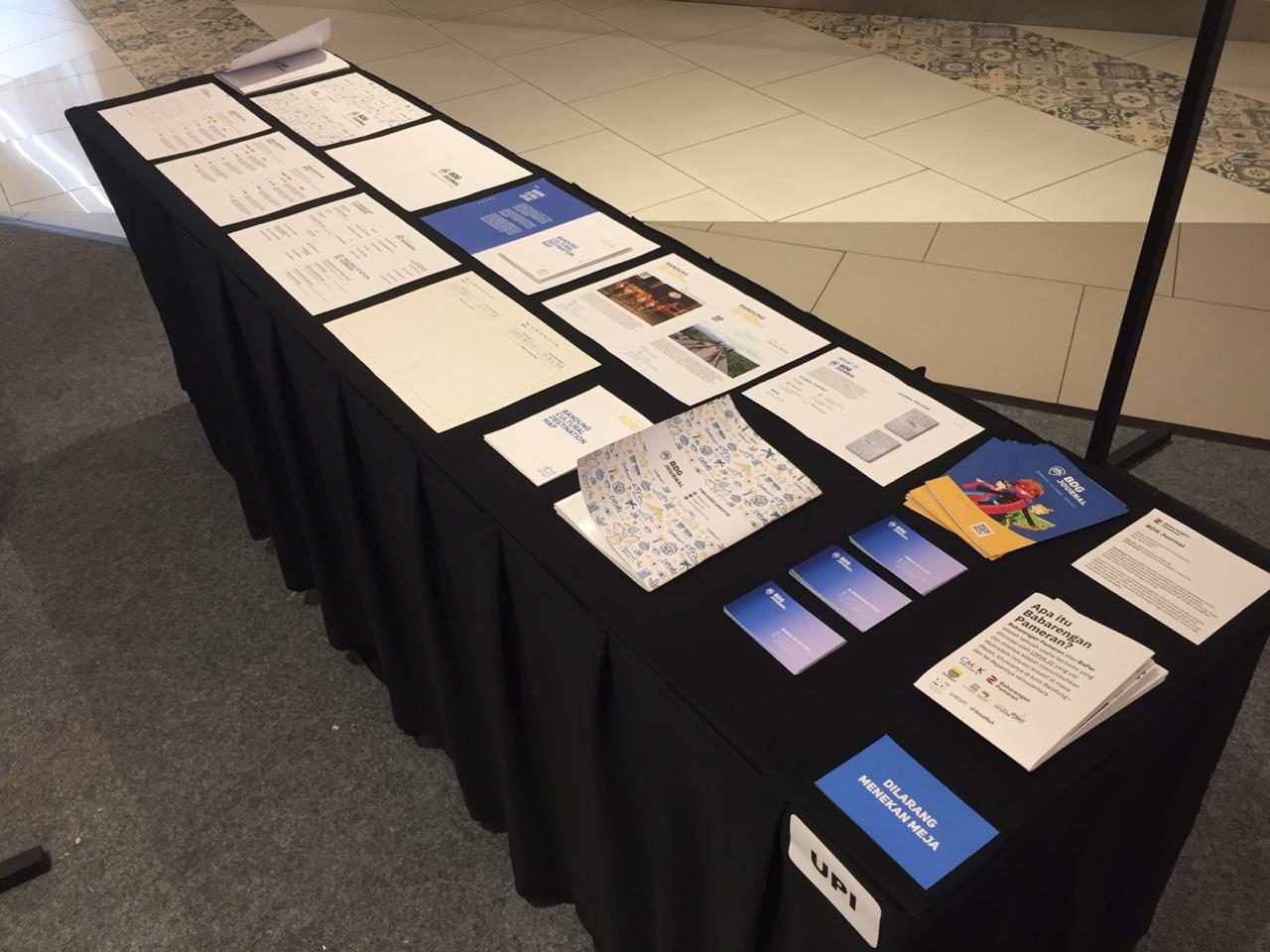 Beside journal, they also designed the open source website that allows people to stock every information relating to the event agenda of that cultural spots. Though it was presented as just prototype, Fikri, Nisa, and Nurul considered that this project could possibly overcome the lack of public information spread around Bandung.