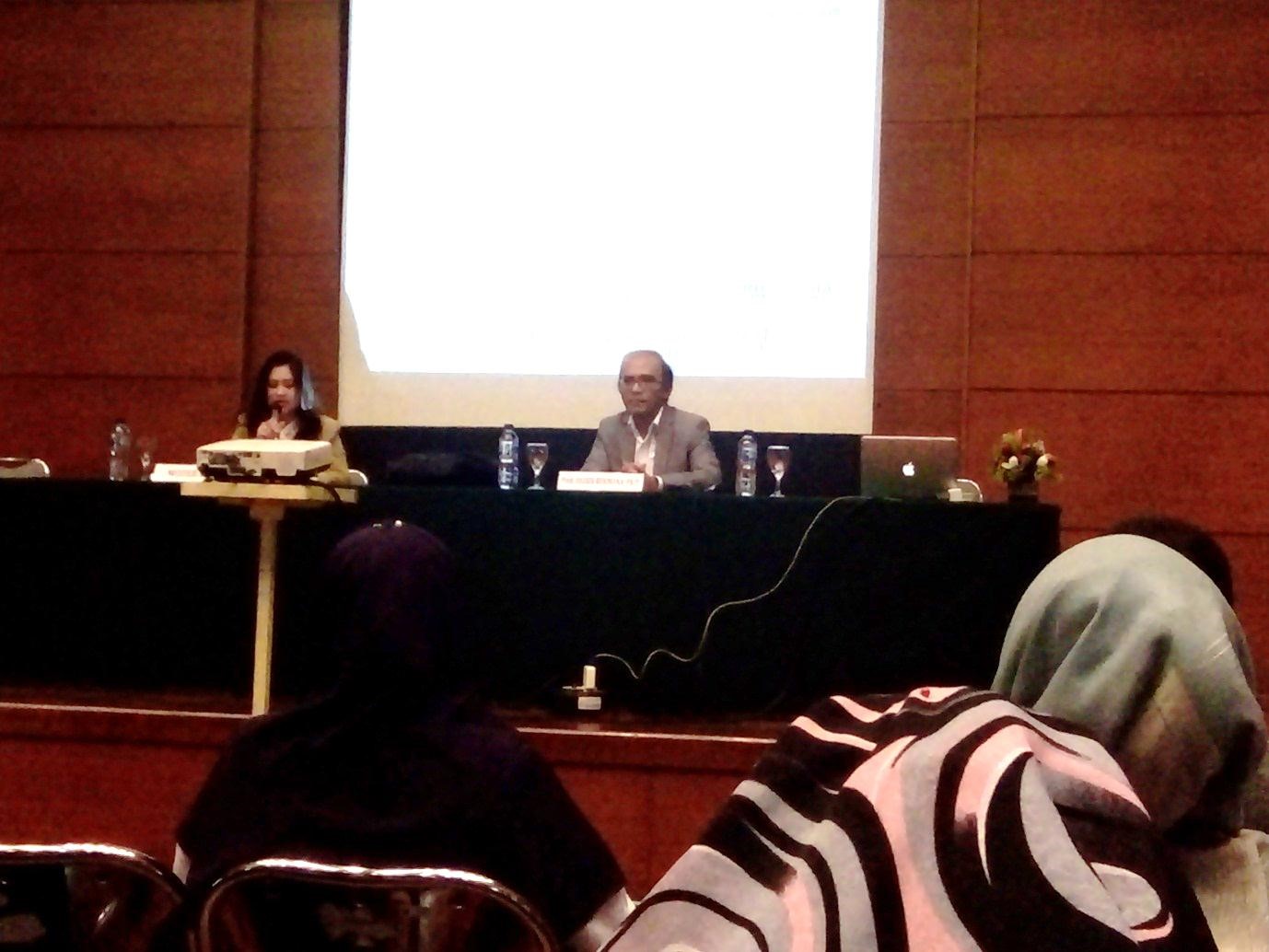 Prof. Deden Rukmana, P.hD, is a Professor and Chairperson of the Department of Community and Regional Planning at the Alabama Agriculture and Mechanical University, USA. He gave a guest lecture in the Auditorium FPMIPA JICA, Universitas Pendidikan Indonesia on Tuesday (29/10/2019). The topic of his lecture is “Decolonisation of Science and Technology in Indonesia”.

In his lecture, he highlighted the issue of how technology embodies the foundation of  higher improvement in one country, in this case, Indonesia. That is why as scholars we need to be productively active in making innovations of technology and science in Indonesia. As he said, “We have to be the owner of sciences in our own country. Do not just be an object of  advanced countries.”

Furthermore, he talked about the quantity and quality of research and development that has been done in Indonesia. Compared to the USA which has developed a powerful technology such as Google and Microsoft, Indonesia still needs to make more effort to go after the lag. Also, he said, “To become the core of technology in the world, we have to be surrounded by a core society to challenge ourselves in making inventions in technology.”

In conclusion, to be the core of world science and technology we have to be open for the changes that are rapidly happening in our society. We have to be responsive and think about what the future needs. As he said, “The way world is changing is very fast, so that’s why if you don’t run fast, you’ll always be left behind”. (Text and photo: Agis Maharani)