The workshop was attended by UPI soccer athletes from the Faculty of Sport Health Education (FPOK) as participants. It began with some introduction about the basis of Walking Football and its rules, following by warm-ups, and real-time Practice.

“I want to share Walking Football with UPI’s community in the hope that this sport will evolve and eventually became well known in Indonesia. I’m sure that UPI can participate in the world cup Walking Football for Health in 2021.” Said Dr. Dee Dee Mahmood

Different from the usual football, Walking Football is targeted for the elderly over the 50s and 60s that has a disadvantage of mobility but still want to maintain an active lifestyle. It also has a different set of rules from the usual football, for example, in Walking Football one team consists of only five to seven members, and the game outlaws all running and allows no contact between players. 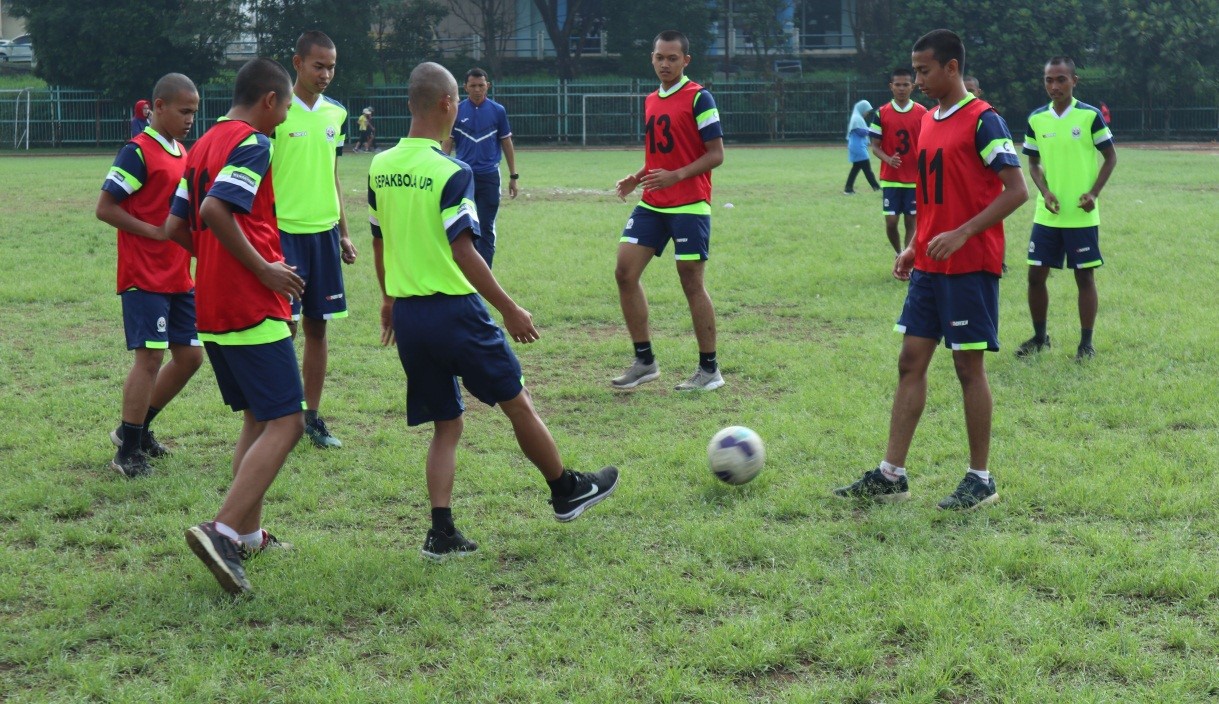 “It might sound easy because it is walking, but for the first-timer, it is really hard to keep themself in rules to walk and keep from running or jogging accidentally.” Said Dr. Dee Dee Mahmood

Apart from that, this sport is good for older people to improve blood pressure such and reducing the risk of cardiovascular disease and stroke. There are also many psychological and mental health advantages to playing walking football – as personal reward and satisfaction that will reduce levels of stress. (Ghina Aulia Saffanah)