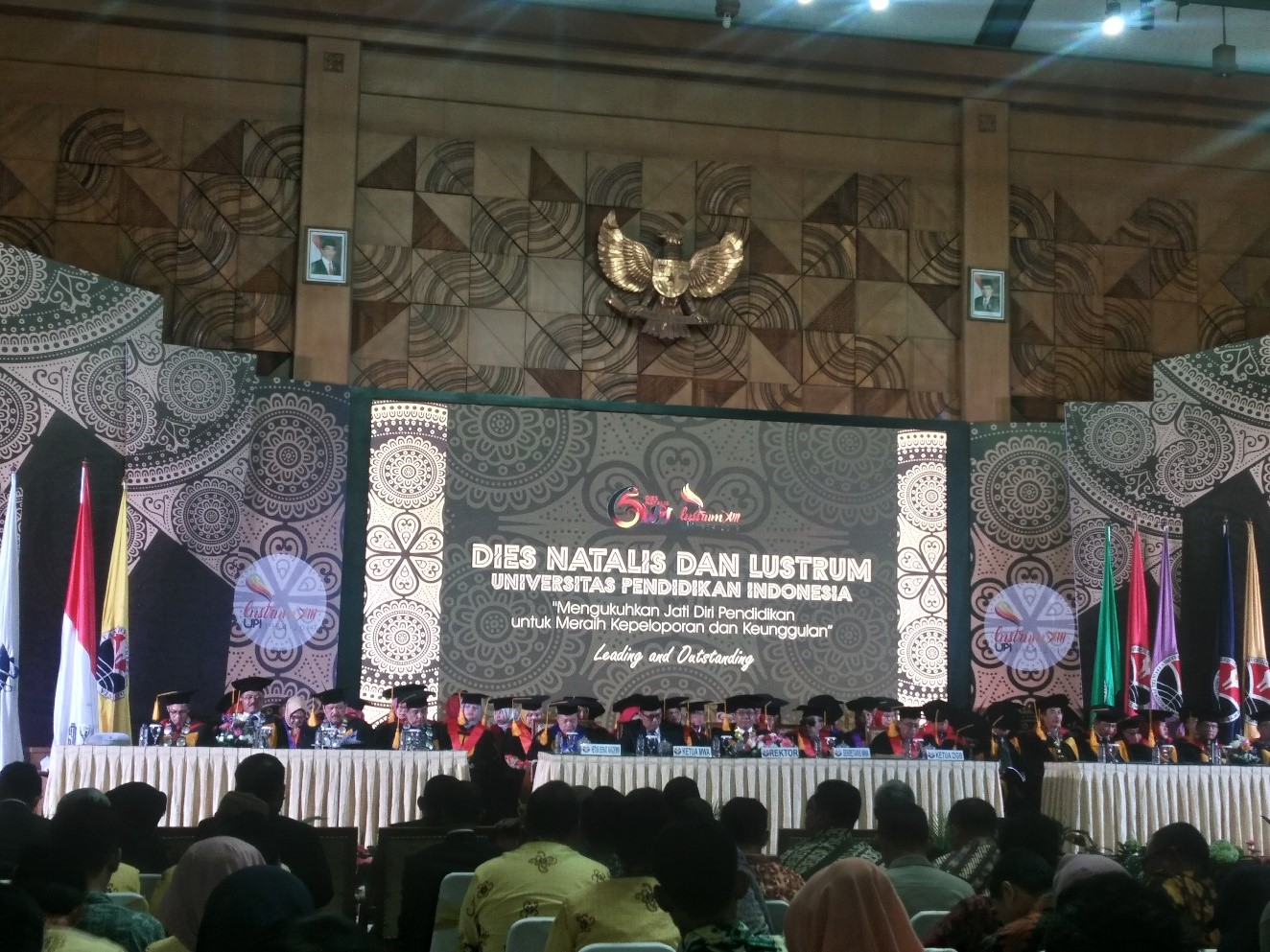 The President of Universitas Pendidikan Indonesia stated that this anniversary was a strategic momentum to implement the goals with strong intention and evaluate the performance that has been achieved by UPI. He also emphasized that education is a timeless force. “Education is the frontline in guarding and maintaining ideology and national unity,” he said.

The Industrial Revolution 4.0 has contributed to many fields, specifically in Indonesian education.  The teacher role has shifted from a learning source to a facilitator in constructing knowledge. Therefore, teachers must set an example and teach the students about values, ethics, culture, wisdom, and even social empathy. As a result, the students will become open minded persons who can understand and accept multicultural values in Indonesia. “Thoughts that are willing to accept diversity will accelerate the increase of insights and knowledge because diversity will be the source of knowledge,” explained Mr. Kadarohman.

In 2019, UPI has been listed in Asia University Ranking in the position of 450th-500th and keep developing many programs: increasing scientific publications of research collaboration, the number of foreign students and lecturers, student exchanges, and acceleration of the number of doctoral lecturers. There are 2.211 articles of scientific publication from UPI’s lecturers which have been indexed by Scopus until September 2019. This is a significant achievement compared to the last year’s, which only reached 78 articles. Indonesian Journal of Applied Linguistics and Indonesian Journal of Science and Technology from UPI have also been indexed by Scopus this year.

Mr. Kadarohman hoped that the 65th anniversary of UPI could be a reminder and encouraged us to improve our performance and the competitiveness of our nation. To close his speech, Mr. Kadarohman expressed his gratitude through an engaging pantun. (Text and photo: Ayu Intan H.)