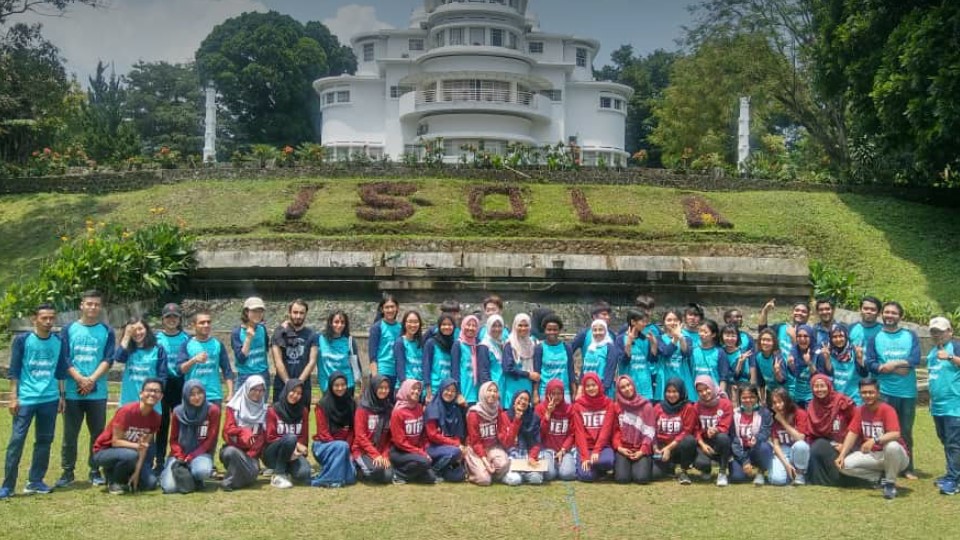 The Traditional Game Event was organized by the Office of Education and International Relations on 12th November, in Baretti, a park located in front of Isola building. All the international students at UPI participated in this event. The students came from any different country, such as Thailand, Japan, South Korea, Maroko, Syria, Azerbaijan, Egypt, Kyrgyzstan, China, Mexico, Afghanistan, Tajikistan, and Tanzania.

They consisted of 5 groups, every group consisted of 5 people from different countries. There were several traditional games that they had to play each turn in every post. In the first post, they had to play Lompat Karet, one of the traditional games in Indonesia made of rubber that was arranged to be a string. The player should jump every time Karet swing to the player. Many international students did a good job of playing this game.

After the first post, they moved to the second post which was Balap Karung. Every person in the group had to jump while half of the body, from feet to the waist, was inside the sack (Karung). The winner was the fastest person who can pass the finish line. Some of the group fell when they jumped with the sack because it was a little bit difficult to jump using a sack. 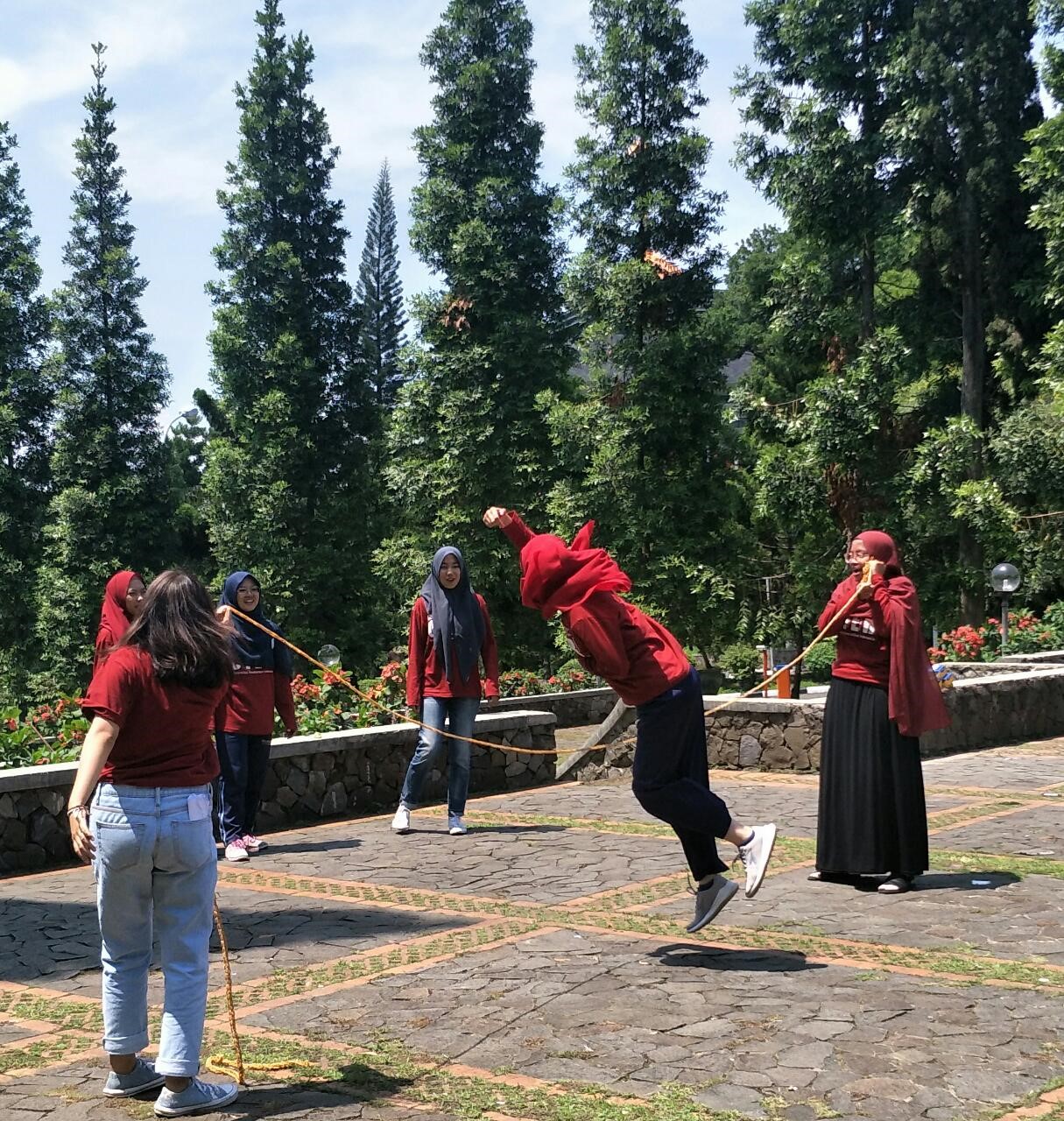 “It was so hard to jump with the sack because we have to jump as quickly as possible.” Said Maki, one of the participants from Japan.

Next, the third post was Engkle. There were boxes drawn on the ground and each group should throw a rock on the box and follow the way by jumped using one foot to the next box, but they could not jump to the box where the rock was on. A person who had already jumped until the last box should go back to the first line and take the rock with them.

There were other games included in this event, for example, Bola Bekel, Paku ke Botol, Ketapel, Ambil karet di tepung, Kelereng, Tarik tambang, and bakiak. Although all games were played in a group and it required team works and focus, the students were playing it with a lot of fun and joy. 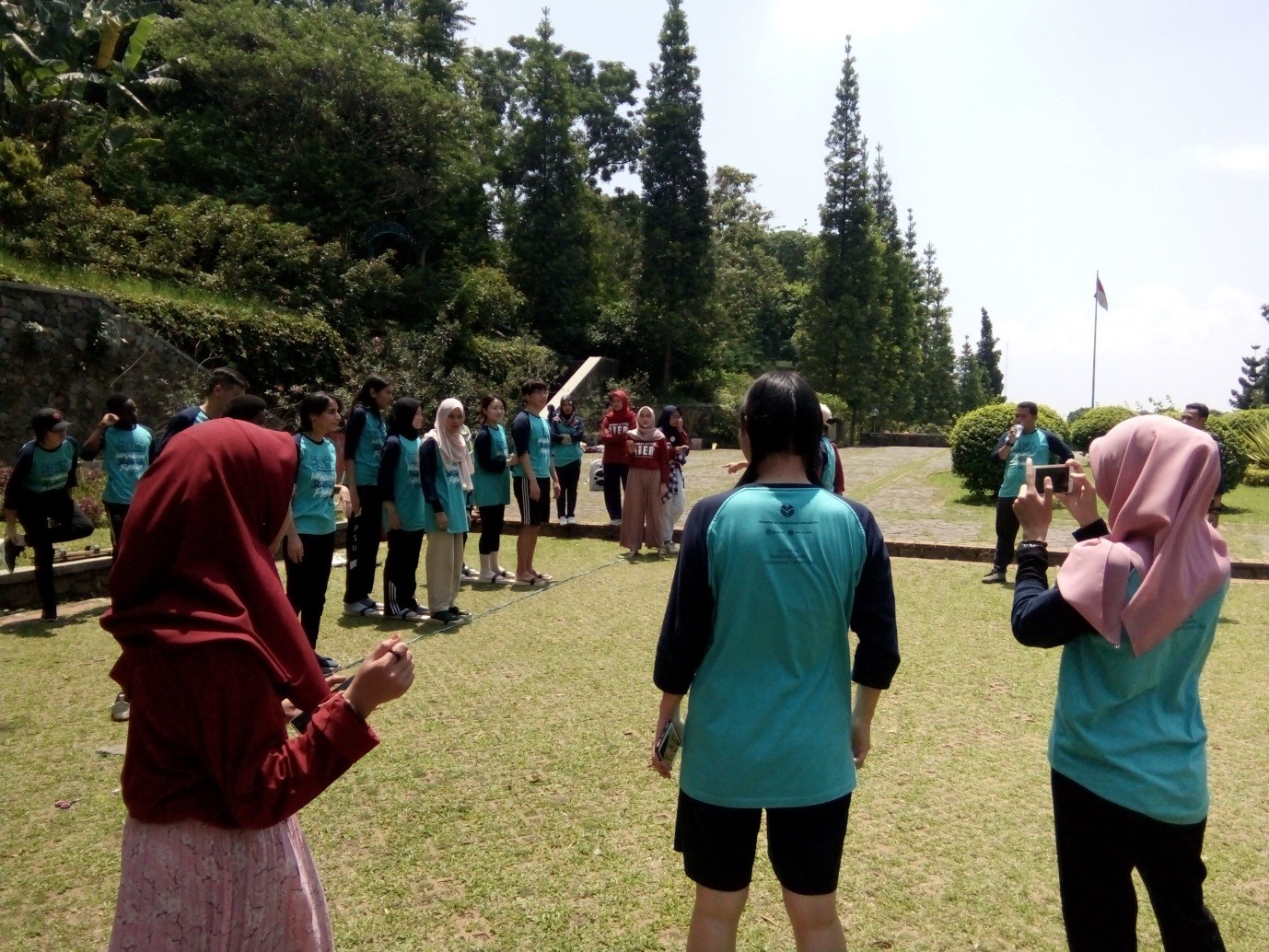 “My favorite game is Tarik Tambang because you have to pull the rope as strong as you can to make your team wins, that’s the fun part.” Said Islam, an international student from Egypt who is pursuing a Master’s degree here at UPI.

At the end of the event, all the participants took pictures in front of the Isola building and had lunch together.