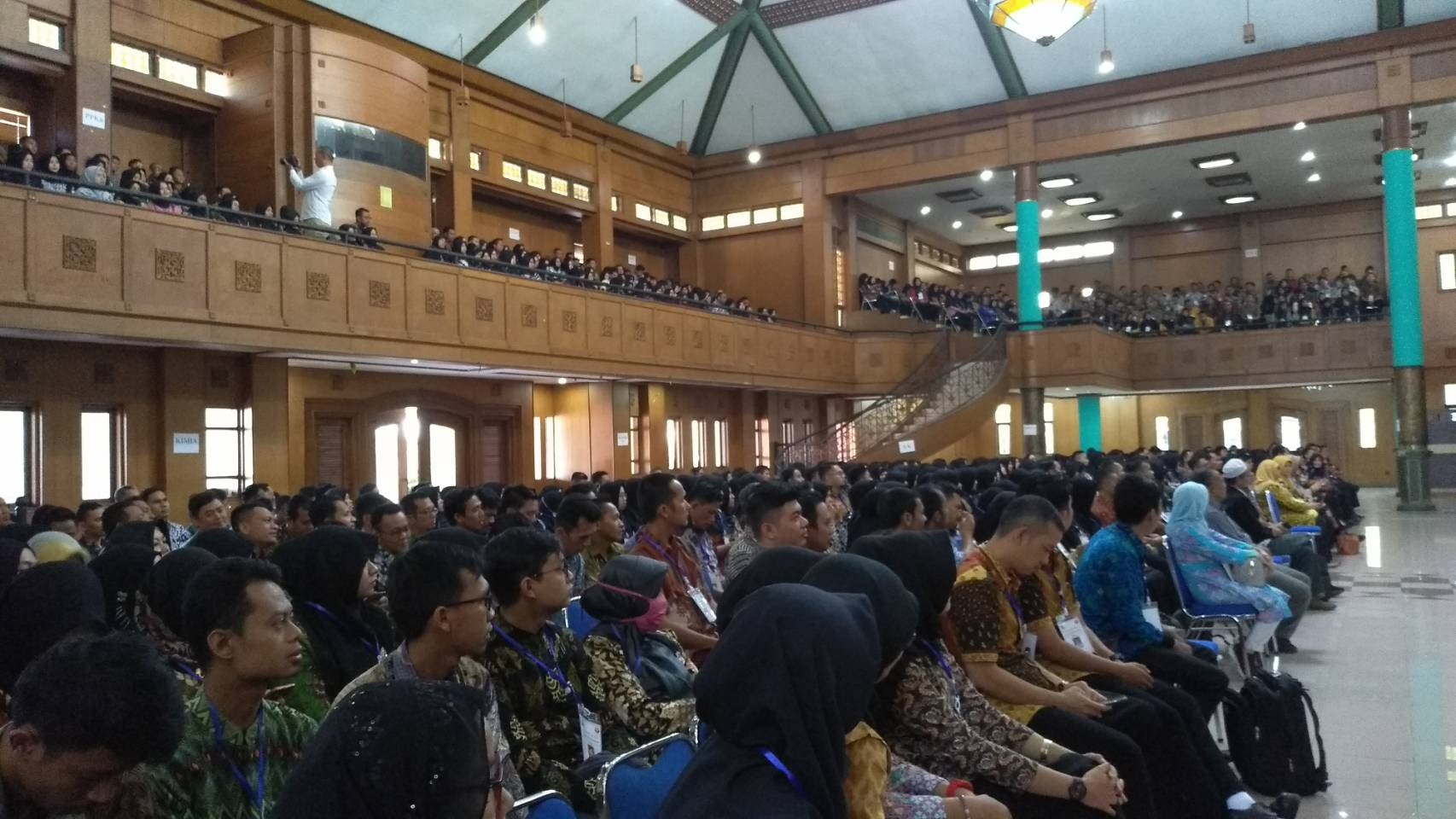 The academic orientation of PPG Program was held on September 5, 2019 at Achmad Sanusi Building, UPI. In this fourth stage of the orientation, 834 prospective teachers from 13 different study programs from various parts of Indonesia will officially become the scholars of UPI’s post-graduate school. The opening ceremony began with all participants singing the national anthem led by the committee, which was later continued by welcoming remarks from the head of the study program and the rector of UPI.

Prof. Dr. Dinn Wahyudin, MA., the Head of PPG Study Program delivered some reports and the progress of the activities that had been held in the orientation. He once again reminded the participants that the purpose of this program is to enhance and improve the quality of Indonesian teachers, so he hoped that the audience would do their studies with all seriousness and sincerity.

The ceremony was then continued by the symbolic conferment of the participant nametag as a mark that all of the audience was officially accepted as the students of the post-graduate school of UPI. Along with the symbolic conferment, the President of Universitas Pendidikan Indonesia, Prof. Dr. H. R. Asep Kadarohman, M.Si., expressed his gratitude to all the participants. He congratulated them for having completed all the series of orientation events. “One phase of the program has passed, now what is left for you to do is the knowledge and performance test,” he explained. “You will have to take an oath of the teaching profession after the program is done, so please do your best throughout your study.”

With the welcoming remarks from the President, the fourth PPG program of 2019 was officially open. (Tara Devina Putri)