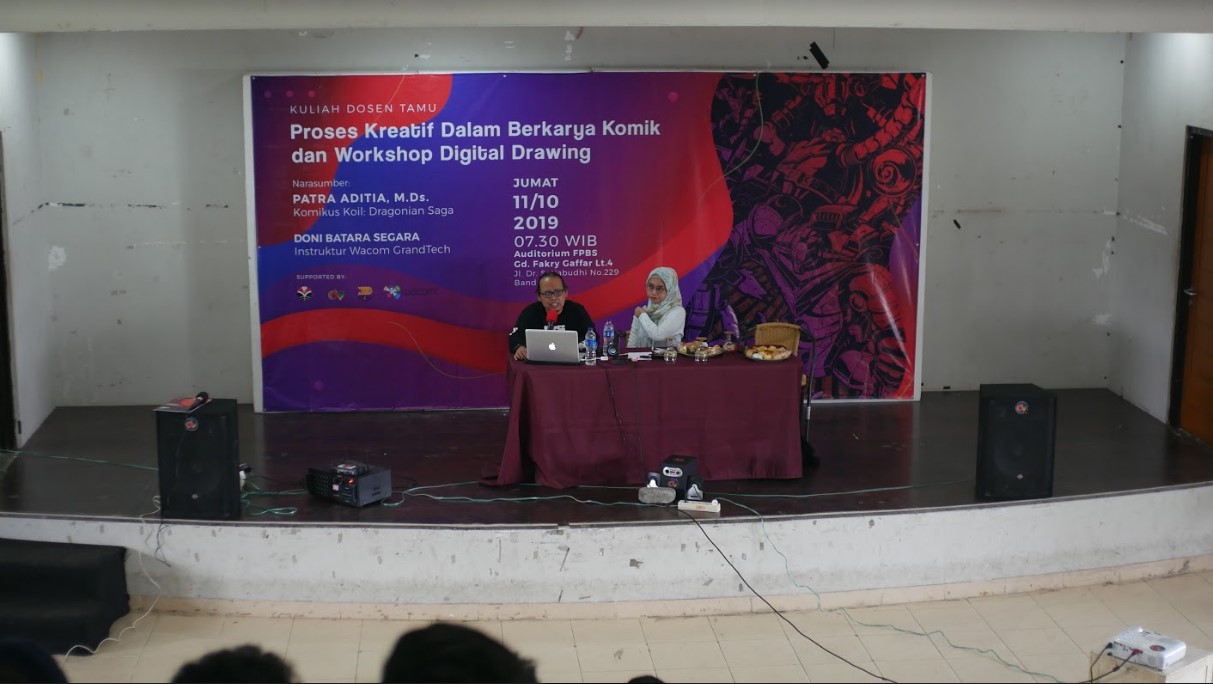 Do you ever consider about how designers think? All of their product that they designed were made conciously in a very broad spectrum riset to reach the goal of attracting user/audiens attention. The research methods are vary, depends on what kind of products and objectives they pursue. Last Friday on October 11th, 2019, DKV FPSD UPI has held an event to explain creative process on comic making, called: Creative Process in Comic Making and Digital Drawing Workshop. For the first presenter, there was Mr. Patra Aditia as a Guest Lecturer and also as an international artist and comic maker. As an academist himself, he has explained gradually on details of creative process on comic making that can be accounted for student’s academic reports. This event is focused for student that are having subject of Metode Produksi DKV at this semester, additionally other DKV students whose at their first semester. Mr. Patra given a speech on how a person’s interest can be a good simple idea on how to create great story on a comic. Mr. Patra has made comics based on his interest in Indonesian local band; Koil. Those comics were officiall comic from Koil band-Patra’s number one muse. By understanding his process that has a long journey on design research, our students finally encouraged and have insights on how to create great comic from a very humble idea of our own personal interest! Furthermore, this talks made us realized that comic making can’t be finished alone, but it needed a teamwork since each works needs special talent. 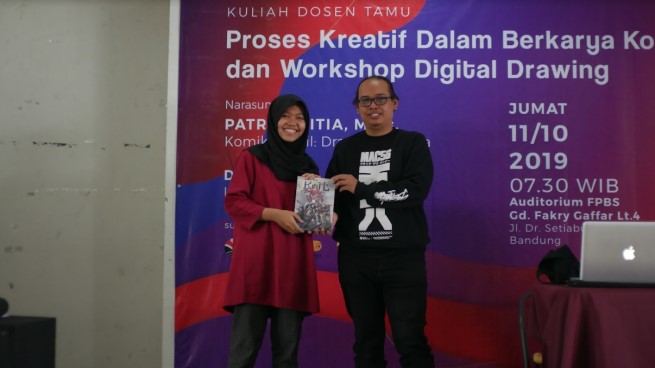 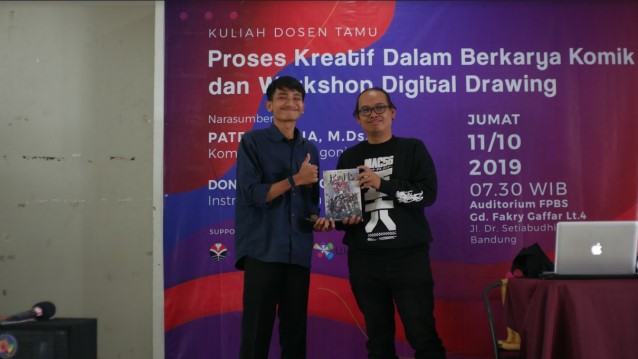 Two students as participants-Irfan and Elfa were getting Koil comic for free, as their questions considered as a strong questions to be discussed and considerably deep at concept. This event truthfully beneficial not only for students who are interested in comics, but also those who are interested in design making process, as this talks explained steps of design creative and methodology.

The talks continued to a digital drawing workshop by Doni Batara Segara as an intructor to appointed Wacom tool for digital drawing. There are 40 Wacom tools were freely rent at this event for this creative workshop. Students can try on a pen tablet, and were given tutorials on how to make digital drawing by using Wacom tool. This is a very interesting workshop followed by students, they were entusiastically followed each step and spontaneously create digital drawings one place at a time. Technology did helps designers project, and speed up designer’s period in making comic. A mix from manual drawing then contnued by digital coloring and inking were also tried by many students at this workshop, resulting an authentic drawing. 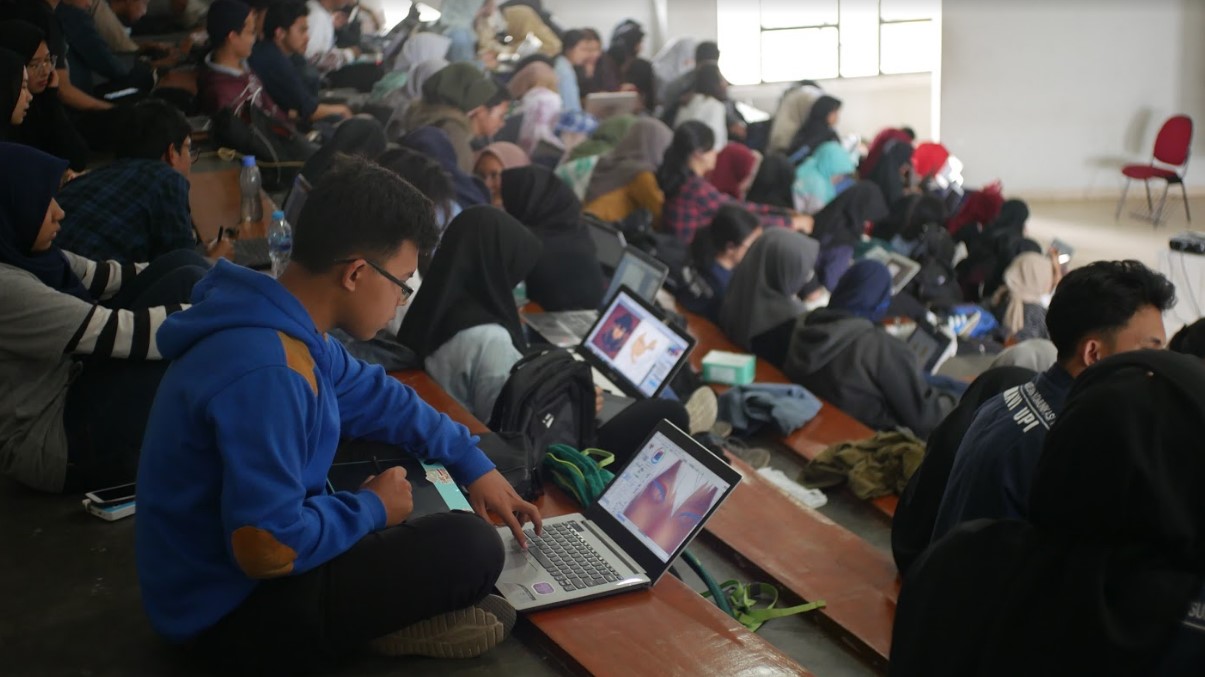 Each semester, DKV FPSD UPI eager to have guest lecturer, instructor, or practioners from other institutions to give new insights from them. As a new major in FPSD, they need to accelerate knowledge on a real markets demands. New students never had a senior for their patron in making assignments, so we need a lot to learn how the real design world really is from experts. “There is a critical issue emmerged from the gaps between academic textbook are saying with market demands as design users. We need to keep accelerating student’s knowledge by inviting experts from other institutions or companies.” said Mr. Nanang Ganda Prawira as head of DKV major of FPSD UPI. (Zakiah)