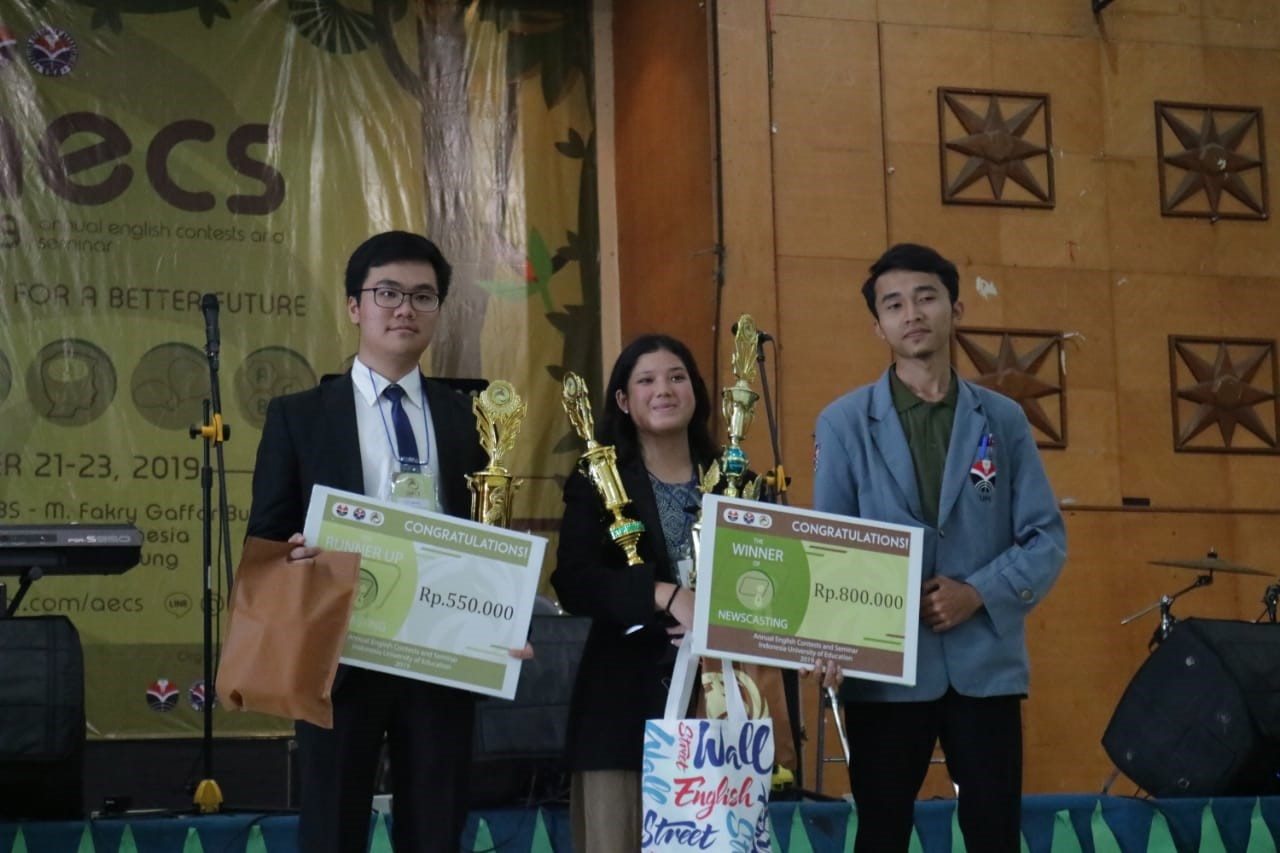 The Annual English Contest and Seminar (AECS) is the biggest annual event organized by English Education Department of Universitas Pendidikan Indonesia. This year was the 19th AECS since its first event in 2001. There were 97 schools and 406 participants that joined in AECS this year.

AECS 2019 which was held in three days (21st – 23rd September) aimed to help elementary and high school students from Sumatra and Java to improve their skills in English. This event consisted of some contests and competitions: scrabble, story-telling, spelling bee, speech, news casting, battle of brains, debate and poetry reading.

“This year’s theme is Saving the Nature for a Better Future. We chose this theme as our awareness about environmental issues that are happening in Indonesia,” explained Deva Aryani, as the chief of the organizing comittee.

One of the participants in the story telling contest for junior high school students—Christopher Rafael, from SMP Trimulia Bandung—said that he felt nervous at first, but then he was relieved after he did his best. As a result, he came out as the runner up of story telling contest.

There were also some special performance from the students of English Education Department on the first and the last day of AECS. On the second day, there was a nationwide full-day seminar and workshop entitled “21st Century Learning: Braving and Surviving the Digital Era” with Dr. Fazri Nur Yusuf, S.Pd.,M.Pd—one of the English Education Lecturer at UPI—as a keynote speaker for the seminar and Erick Fernando Kalesaran, the centre experience manager at Wall Street English Dago, as a keynote speaker for the workshop.