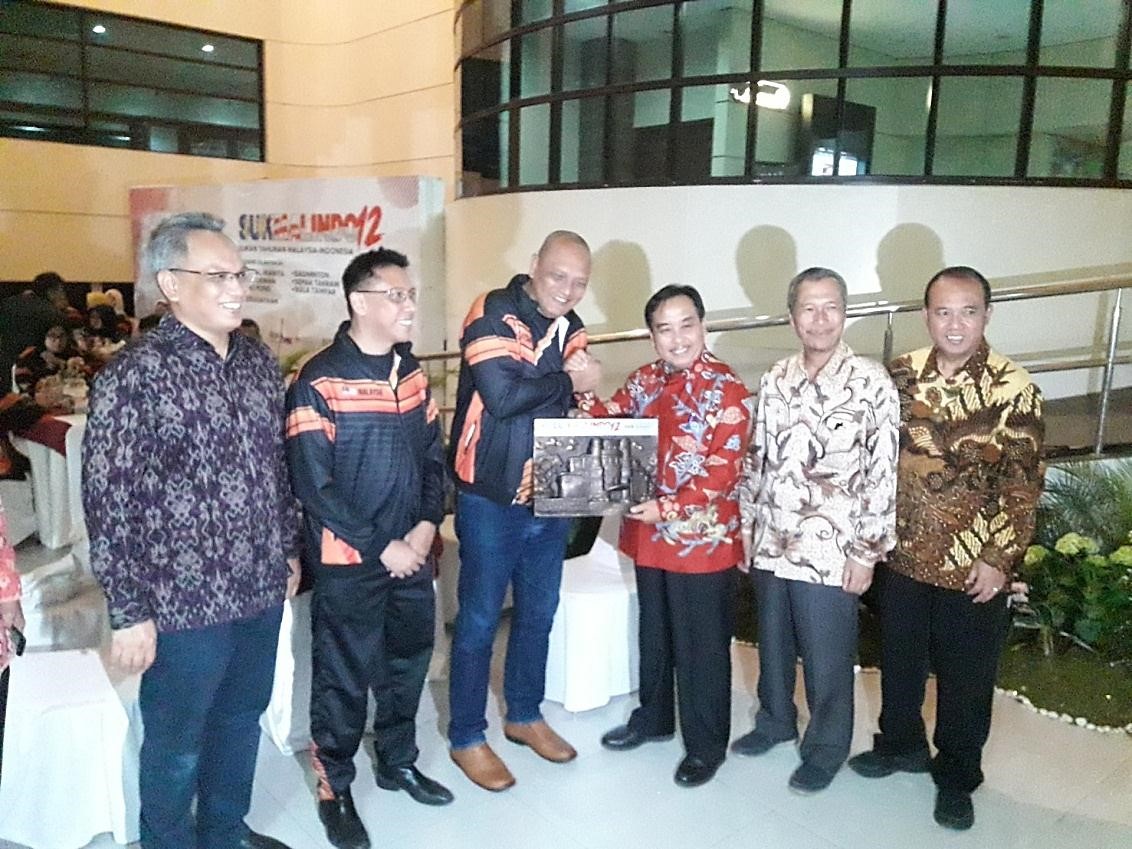 Universitas Pendidikan Indonesia (UPI) is ready to host the 12th Sukan Malaysia Indonesia (SUKMALINDO12) 2019 as showen in the SUKMALINDO12 Gala Dinner, October 1st, 2019. Sukan Malaysia Indonesia (SUKMALINDO) is a routine friendly match in sports and culture between Indonesia and Malaysia held once a year. This year, UPI has been trusted to be an organizer in this international activity. The athletes from various universities from Indonesia and Malaysia will compete in 9 sport branches, namely Woman’s Futsal, Hockey, Table Tennis, Badminton, Sepak Takraw, and Volleyball.

“We are one family. This is a very important occasion, especially in building a networking relationship between Indonesian and Malaysian athletes especially at the ASEAN level because both youth will be the next nation’s successors in the future.” said the Director General, Prof. Ismunandar, Ph.D.

Besides university officials and representatives from Malaysia, the event was also attended by both athletes from Indonesia and Malaysia. They were present to celebrate the Gala Dinner of SUKMALINDO12.