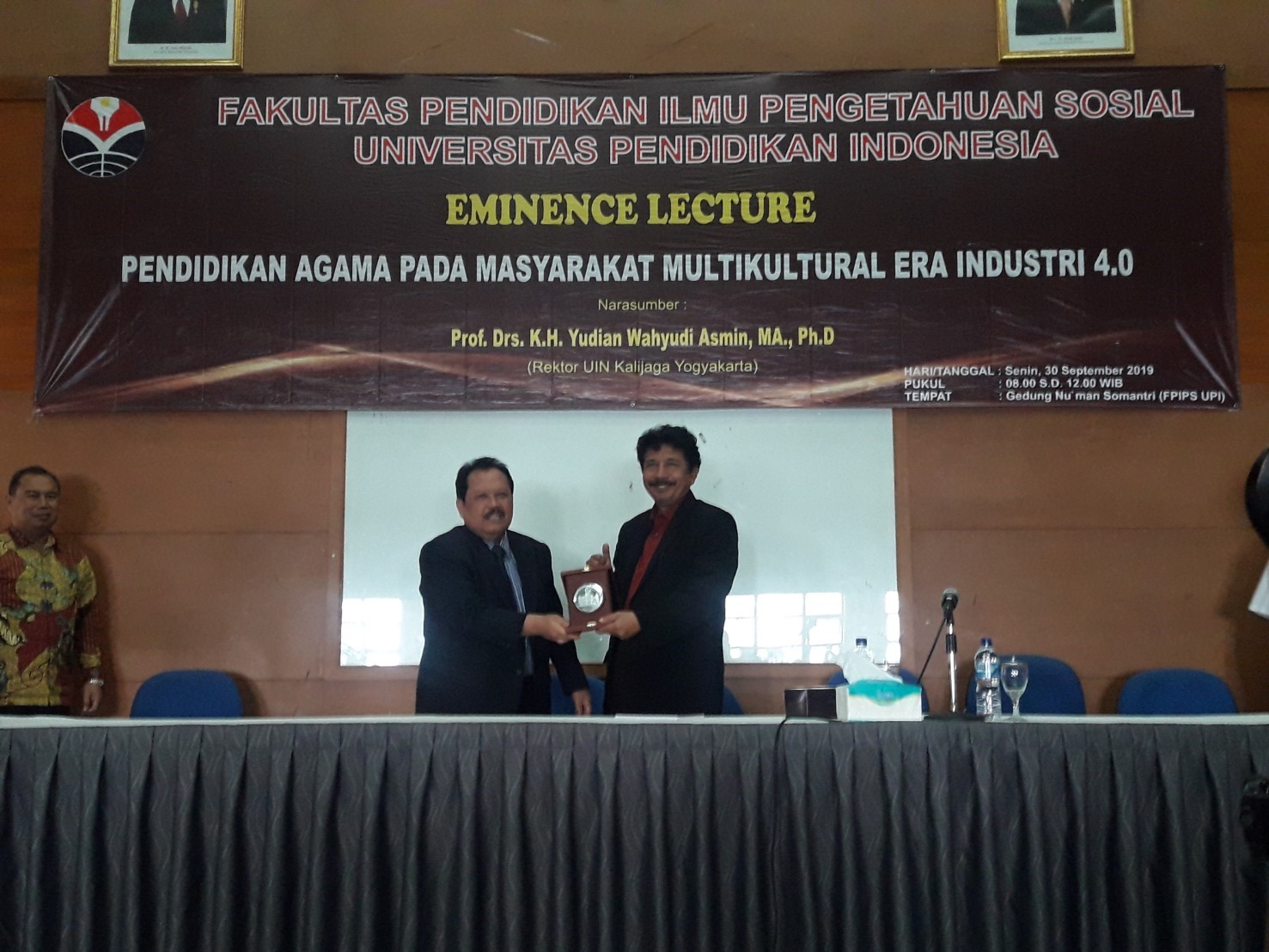 The lecture was given by Prof. Drs. K.H. Yudian Wahyudi Asmin, MA., Ph.D., President of Sunan Kalijaga State Islamic University Yogyakarta. The lecture discussed Islamic education in a multicultural society in 4.0 era industry, explained how Islamic education is an answer for societal and national problems. He explained that the fall of the Islamic State occurred as a result of separating science and religion and focused on religious education only.

He emphasized that “Islam used to be the center of mankind history. We used to have famous scientists and mathematicians. Unfortunately, that at some point we changed the curriculum of our madrasa, focused only on ‘memorization’ the religion while there should be a balance between science and religion.”

He added how Indonesian Muslims should act as a part of a multicultural society, “Indonesian has been given tons of potentials, we are blessed that Indonesians are a multicultural community with enormous natural resources. As Muslims, we have to know and explore this chance in the Islamic way.”

He said that adding a different approach to Islamic education is one of the solutions, “by including the religion, we are trying to understand and solve the national problem in Islamic perspective and also others. This also will enhance our nationality bonds not only between the Muslim community but also other religious communities in Indonesia.

He closed the lecture with a quotation, “Religion and Pancasila are not something to collide, and instead religion should stand and defend off Pancasila as a nation.”