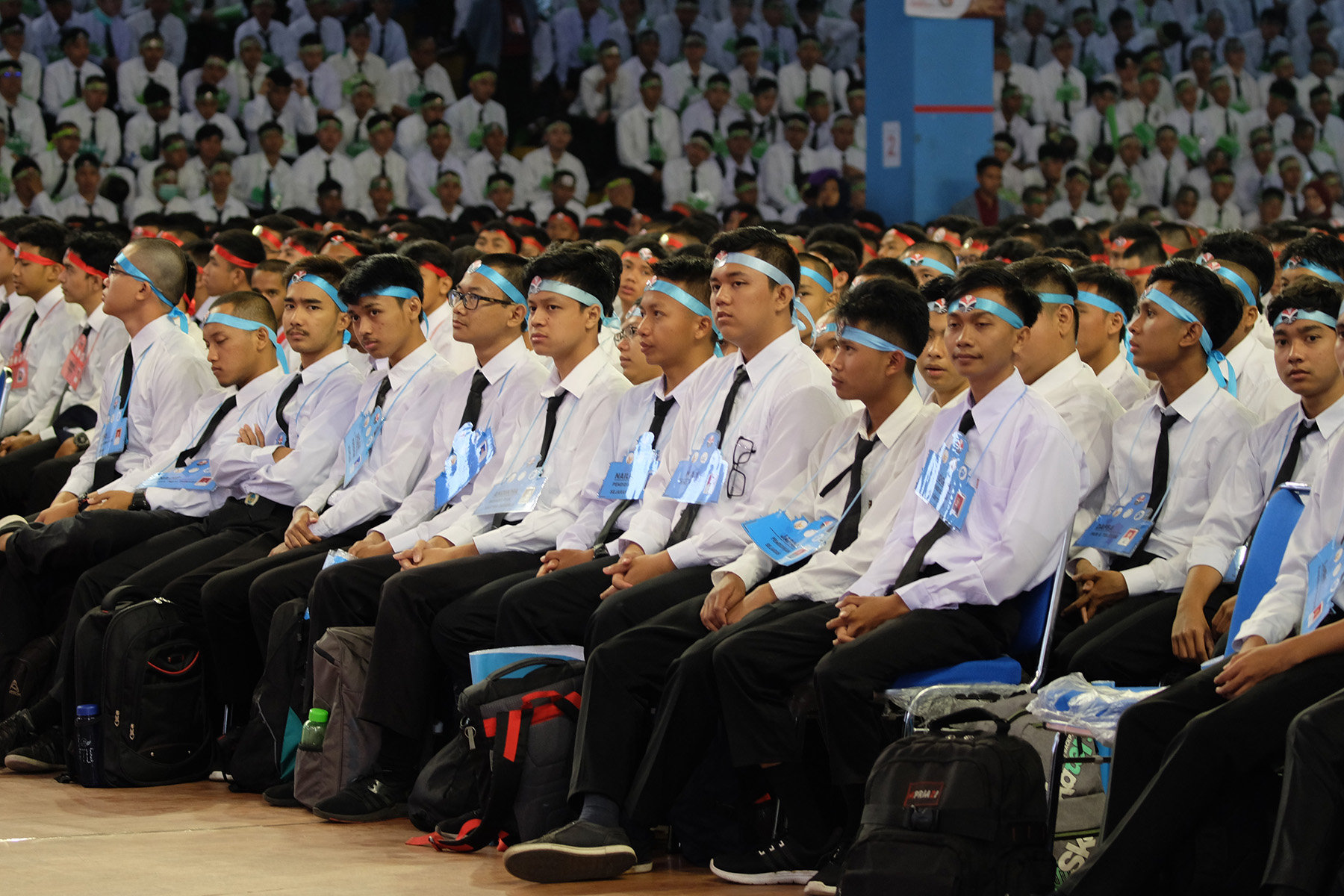 The theme of this year’s student orientation is “Cendekiawan Universitas Pendidikan Indonesia di Era Milenial”. In this disruptive era, students are expected to develop all of their best potentials in both academic and non-academic fields.

In addition, Mr. Kadarohman said that students should keep away from bad things that could detriment the good name of the family, alma mater, and the nation.

“UPI students are also expected to understand the meaning of Indonesian pluralism in the frame of Bhinneka Tunggal Ika to avoid extremism and radicalism,” he added.

Based on the 74th Indonesian Independence Day’s theme—Menuju Indonesia Unggul—Mr. Kadarohman closed his speech by reminding the new students that they own a big responsibility to manifest the prime human resources for Indonesia Emas 2045.

Mr. Ulum as the Vice Governor of West Java in his public lecture also said that moral decadence has become a big problem among our society because it has an impact of disturbing our moral values.

“We must prepare ourselves because one’s success is not only because of his intelligence, but also his morality,” he said.

As the closing of the ceremony, a choir from the new students of Art Music Education Department presented a mesmerizing performance by singing Isola and Hello Dangdut songs with a special arrangement and choreography. (Ayu Intan H)