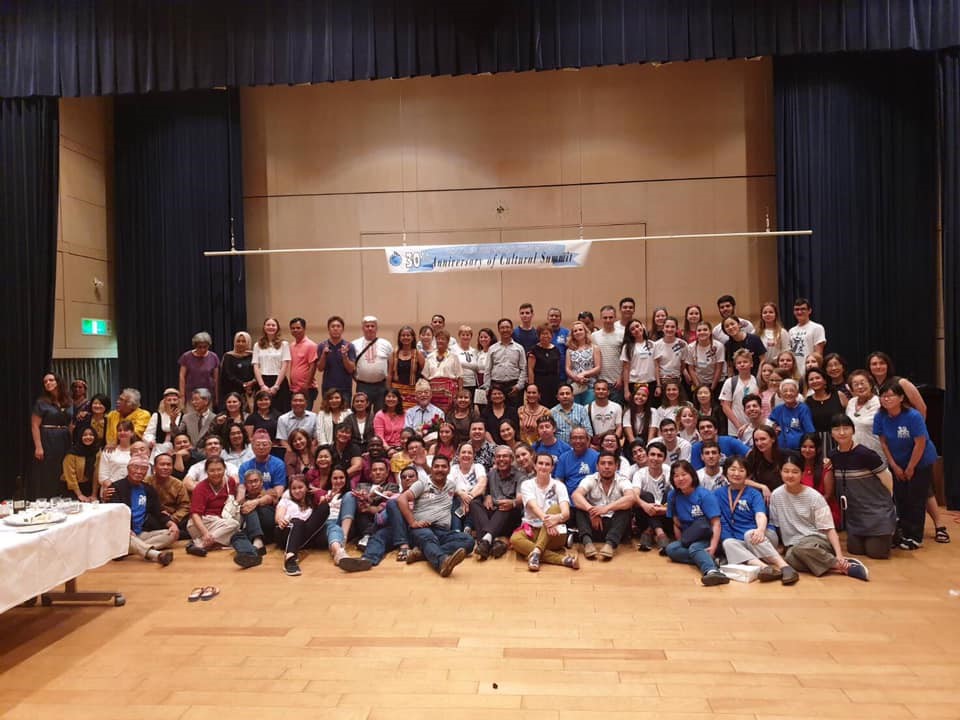 Osaka in the World (OIW) is a nonprofit organization established 30 years ago in Osaka, Japan to promote world peace through cross cultural understanding. As one of the founder of OIW, Indonesia has been actively involved in OIW activities by sending its cultural delegates to several cities in Osaka and Japan during the past 30 years. The most significant contribution of Indonesia was in the 25th OIW anniversary in which Universitas Pendidikan Indonesia, representing Indonesia, became the organizing committee of OIW Summit in 2014 in Bandung. No other countries from around 30 member countries had organized OIW summit outside Osaka. In 2016, UPI sent its cultural delegates sponsored by OIW to do some performances in Okinawa, Japan. In 2019, UPI attended the Cultural Summit organized in the commemoration of the 30th OIW Anniversary.

Even though this year did not send cultural delegates, UPI sent Vice Rector for Research, Partnerships and Business and Ahmad Dahidi Sensei to share their ideas in the summit discussion. With the theme “LIFE”, the summit results in a declaration signed by 24 countries including Sri Lanka, New Zealand, Indonesia, Mexico, South Korea, Mongolia, Malaysia, Vietnam, Italy, The Philippines, Russia, Bulgaria, Nepal, Finland, India, Argentina, Switzerland, Poland, Kenya, Cambodia, Uzbekistan, Japan, Turkey, and Georgia. In the declaration, the members of OIW have understood the importance of passing over the meaning of “LIFE” to the next generation and have shared their wisdoms to solve social issues people face all over the world. All members of OIW would respect others, accept identities of others and continue to maintain dialogues and harmony between peoples.