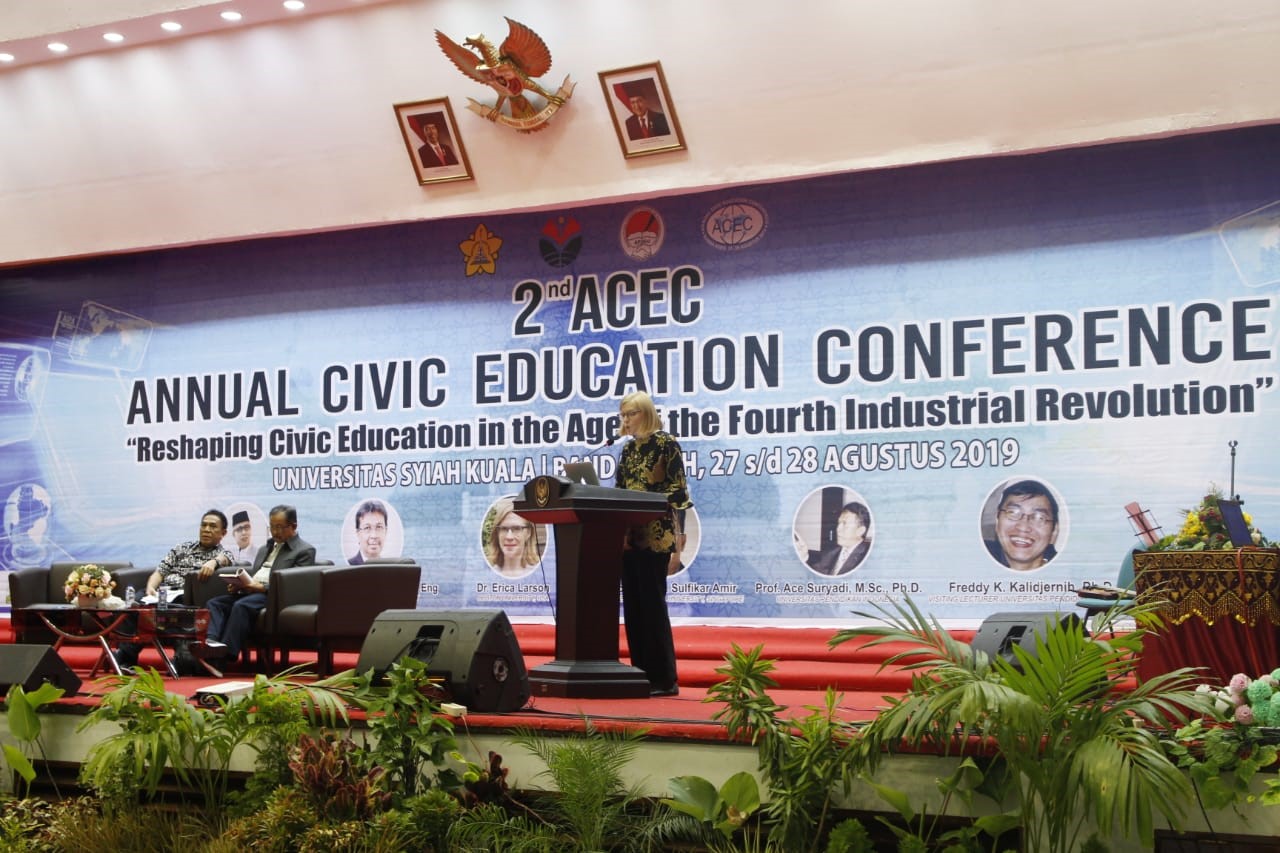 The Annual Civic Education Conference (ACEC), a conference for practitioners, students, and lecturers of civic education studies in Universitas Pendidikan Indonesia (UPI), was held for its second year on August 27-29, 2019 in the University’s Faculty of Social Studies Education (FPIPS). This time, the annual conference took up the Industrial Revolution 4.0 as their main theme. In this event, leading experts, educators, researchers, lecturers, teachers and students were brought together to learn new perspectives in civic education amidst the Industry 4.0.

Dr. Iim Siti Masyitoh, M.Si, a lecturer from the Civic Education major in FPIPS UPI, who also participated as a committee member in the event, said that the theme was chosen due to its relevance with the social situation of today’s society, both in the international landscape or that of Indonesia. All aspects of society have been affected by Industrial Revolution 4.0 and they will continue to be so. In this situation, she explained, civic education looks at the issue in terms of human resources in the society. “In this conference, civic education concerns with how the human resources, our society, learn about civic knowledge amidst the Industrial Revolution 4.0,” she elaborated. She described that civic education, which studies Pancasila and other official values of our nation, must be maintained by the students, which is why, the current civic education field must integrate Industrial Revolution 4.0 into the study.

The event itself, ACEC, was a collaboration between FPIPS of UPI Bandung, Pancasila and Civic Education Department in Faculty of Teacher Training Education of Universitas Syiah Kuala Banda Aceh-Indonesia, and Indonesia Association on Pancasila and Civic Education Profession. On the three days’ time of the conference, six keynote speakers presented, two of whom were international civic education practitioners, namely Dr. Erica Larson from Boston University, USA, as well as Assoc. Prof. Dr. Sulfikar Amir from Nanyang Technological University, Singapore. Although only in its second year, the annual conference was a success, and Dr. Masyitoh hoped that the event would be held again next year, taking up an equally intriguing issue.

Since the target audience of the conference were students and lecturers of civic education studies, Dr. Muniroh continued, she sincerely hoped that the issues discussed in this conference can be widespread by those who attended it to their family members and friends. “Indeed, our target audience is still limited, but now it is their job to spread their knowledge to people from other academic disciplines,” she claimed. She believed that Industrial Revolution 4.0’s impact toward our society is not only civic education students’ concerns; it should be that of everyone’s. (Alawiyyah)